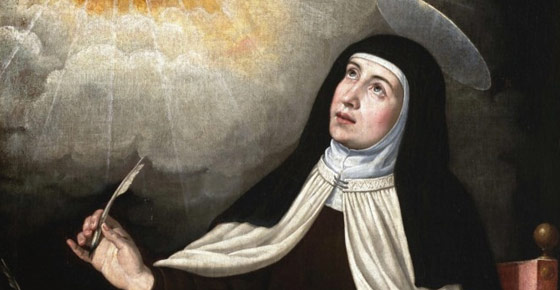 This is a story I have not shared before now, but I wanted you to know the importance of my spiritual journey to Carmel. I believe we are each called as believers to seek a deeper, more profound walk with Jesus, to better understand His will, purpose and direction for our lives, ultimately pursing life of greater allegiance to Christ in service to our neighbors.

My mother taught me to seek God’s kingdom in my youth and was insistent on my beginning Catholic seminary training at St. John Vianney Minor Seminary in Savannah, GA. In retrospect, those three years as a teen at St. John’s were impactful to my life, as I learned a deeper appreciate of my Catholic faith and grew a self-discipline that has served me well ever since. It was a decision by the Bishop of Savannah to close the seminary of the end of my junior year, which propelled me in a different direction as over time, marriage and family became my life’s focus. Ever since, I have pondered how God might bring me back to a vocation of service to His people, which had not found fruition in the priesthood.

Service was at the heart of career in healthcare human resources. My work permitted me to encourage hospital nurses and other caregivers, who were often physically and emotionally challenged by having to treat so many acutely ill patients. Sadly, burnout was a reality in this environment, and I would frequently remind staff of their unique, God-given gift of service, and how their care and concern made a big difference to our patients.
In later years, my desire to encourage others found special meaning in the written word, through a message of hope in a reflection called “Trust, Obey, Listen and Rejoice!” From that initial writing came many others, resulting in a book of reflections. I found inspiration during of early morning scripture readings, and meditation on God’s word. The fruits of my contemplation were shared in these reflections.

As the writing continued, I was drawn to a Catholic Carmelite nun, St. Teresa of Avila, whose statue was prominent in the rear of St. Francis de Sales Catholic Church in Mableton, GA, where I attended 6:30 AM Mass. In this particular likeness of St. Teresa, there was a writing quill in her right hand, so Teresa inspired me to keep writing. My subsequent reading brought me a deeper understanding of the works of St. Teresa, including her own writing about the interior life of a believer (The Interior Castle) and her words that God alone was enough for whatever challenges we faced. With further study, I learned about other Carmelite saints, such as St. Therese of Lisieux, and Edith Stein (St. Benedicta of the Cross), their allegiance to Jesus, and discovered the roots of Carmelites going back to the desert fathers, who once lived in community at the foot of Mt. Carmel outside of what is now Haifa, Israel. I had spent some time in retreat with the Trappist monks at the Conyers Monastery of the Holy Spirit and found appealing the asceticism of disconnecting more and more from the world, and toward a closer understanding of my life in Christ. This life of greater simplicity and self-denial was at the heart of the Carmelite tradition.

Next week: The Call of Carmel and discovering the Holy Family Lay Carmelite Community of Marietta, GA.

The Power of the Holy Spirit Emboldens Us!

My Calling as a Lay Carmelite – Part 2
Scroll to top